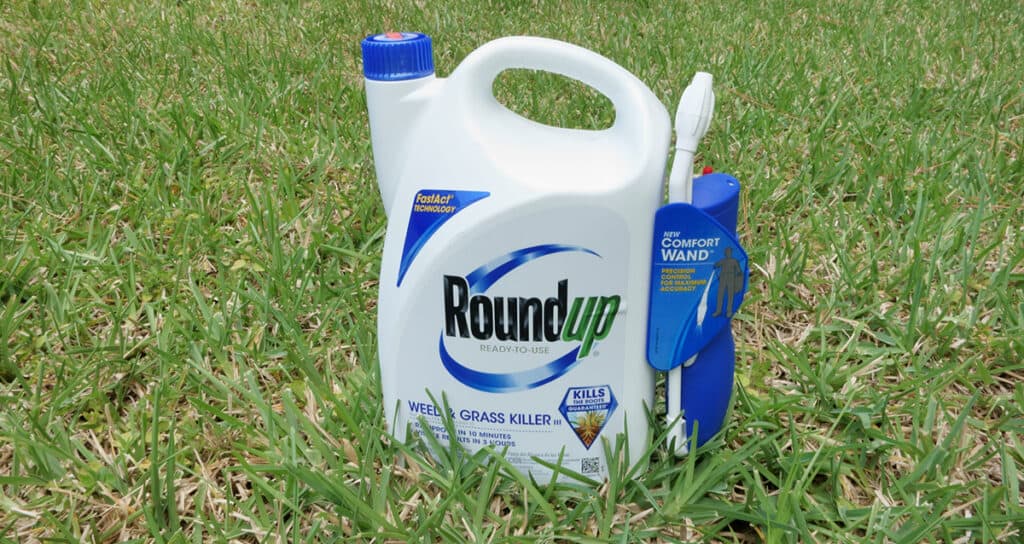 Roundup, a chemical spray used to kill weeds, has been reported by the World Health Organization as a probable carcinogen.[1] Roundup is a common herbicide used by homeowners, agricultural workers, and farmers, and its key ingredient is glyphosate. Glyphosate-based Roundup became a popular weedkiller due to its revolutionary effectiveness. Since 1974, over 1.6 billion kilograms of glyphosate have been applied in the U.S.[2] Long-term exposure to Roundup and other glyphosate products may cause non-Hodgkins lymphoma, B-cell lymphoma, leukemia, and multiple myeloma.

If you or someone you love has been diagnosed with cancer after long-term exposure to Roundup, contact Counsel Hound for a no-cost consultation and case evaluation.

The most common type of cancer caused by Roundup is non-Hodgkin’s lymphoma. Symptoms of this include:

Contact Counsel Hound for a no-cost consultation and case evaluation if you have been diagnosed with Non-Hodgkin’s lymphoma or any other cancer after long-term exposure to Roundup.

After reviewing numerous studies, the World Health Organization (“WHO”) labeled a key ingredient of Roundup, glyphosate, a carcinogen. A 2019 study conducted by the University of Washington, found that glyphosate increases the chance of cancer by 42%.[3]

After the WHO labeled glyphosate a carcinogen, consumers began filing suits against manufacturers of Roundup and other glyphosate-based products. Roundup was initially developed and produced by Monsanto, but Bayer acquired the manufacturing company for $63 billion in 2018.[4]

In 2019, a California jury awarded over $2 billion to a couple as compensation for their Roundup cancer claim. The award was later reduced to $86 million. In 2020, Bayer filed an appeal, but a judge upheld the verdict in August 2021.[5]

In 2020, Bayer settled approximately 95,000 cases for $10 billion. Despite the lawsuit, Bayer continued to sell Roundup without adding warning labels regarding the danger of glyphosate exposure.[6] Bayer included $1.25 billion in the settlement for potential Roundup lawsuit claims.

What can I do if I was diagnosed with cancer after using Roundup?

If you have been diagnosed with cancer after long-term exposure to Roundup, you may be eligible for financial compensation. Counsel Hound lawyers will help you choose the best course of action for your case, beginning with a no-cost consultation and case evaluation.

Thousands of lawsuits have been filed against Roundup manufacturer Bayer. Due to the high likelihood of future claims, Bayer agreed to dedicate almost two billion dollars for the sole purpose of resolving claims. Under this plan, claimants could receive up to two hundred thousand dollars in damages to cover any expenses they incurred due to health conditions.[7]

Bayer recently announced that they will be pulling all glyphosate-based herbicides from the retail market in 2023 after years of ongoing litigation. Despite this victory, Bayer announced no plans to remove herbicides containing the chemical from the professional market.[8]

A fifth trial began this week in the case of a young boy who suffers from Non-Hodgkin’s lymphoma. The boy was diagnosed with cancer at the age of four after frequently playing in freshly sprayed lawns.[9]

In December 2021, a California jury found that Donnetta Stephens’ non-Hodgkin’s lymphoma was not caused by Bayer’s Roundup weedkiller. Stephens was exposed to the product between 1985 and 2017. The case was tried via Zoom, and Stephens plans to appeal at a later date. [10]