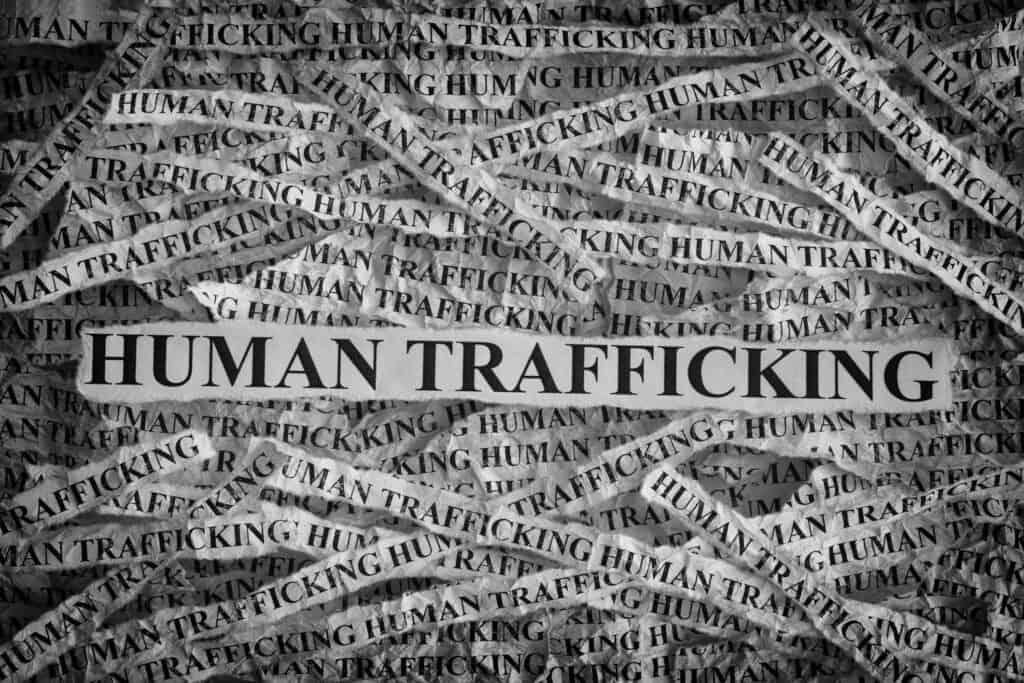 Slavery- an abhorrent practice once thought to have been cast upon the ash heap of history- is unfortunately still alive and well in our global society. Modern slavery, more commonly referred to as human trafficking, usually takes the form of forced prostitution or labor. This practice often benefits the multibillion-dollar corporations of the world, sometimes occurring right under their nose. Thankfully, victims of human trafficking have legal recourse in our justice system.

Human Trafficking- What Is It?

Human trafficking can take many forms, from sexual exploitation, sweatshop labor, forced labor, or even “mail order brides”. Under federal statute, human trafficking is defined as any “recruitment, harboring, transportation, obtaining, patronizing, or soliciting of a person for labor or sexual services through the practice of force, fraud, or coercion.”[1] This is a fairly broad definition, allowing for as many victims as possible to use the law for justice.

An international labor organization recently estimated that there are as many as 40 million victims of human trafficking worldwide[2], representing an industry worth roughly $150 billion. Many of the victims are unfortunately young women and children. A large portion of the women are in their late teens or early twenties who live in developing countries and are looking for a way to come to the United States or other first-world nations, eventually becoming victims of domestic abuse. This abuse, coupled with a lack of understanding of US immigration law, often results in the women not fleeing the relationship due to fear of deportation. However, federal law requires agencies legally moving women into the US to give information regarding US immigration law to these women before they enter into a marriage.[3] A woman who faces abuse and was not provided this information may have a claim against their agency.

What can be done?

Despite the unfortunate reports that human trafficking is a growing criminal activity, survivors of human trafficking have rights and the ability to seek remedy through the justice system. The Trafficking Victims Protection Act was signed into law in 2000, giving the federal government strong power to crack down on traffickers.[4]

But what happens in the event that criminal prosecution is not pursued by the federal government? Thankfully, the law was amended, allowing survivors to bring civil claims against corporations who knowingly benefit from trafficking, particularly activities that involve sexual exploitation.[5]

Latest Cases and Other News

Recently, a plethora of lawsuits have been filed against some of the Country’s largest hotel chains, alleging that these hotels served as sites for sex abuse and brothels, right under the nose of the owners and operators. One such suit, filed against Wyndham Hotels and Resorts, involves a young girl who was repeatedly trafficked in and out of two hotel rooms at Wyndham locations, often being forced to have sex with as many as 15 men a day.[7]

If you or someone you know is the victim of human trafficking, please contact the Human Trafficking Hotline at  888-373-7888.