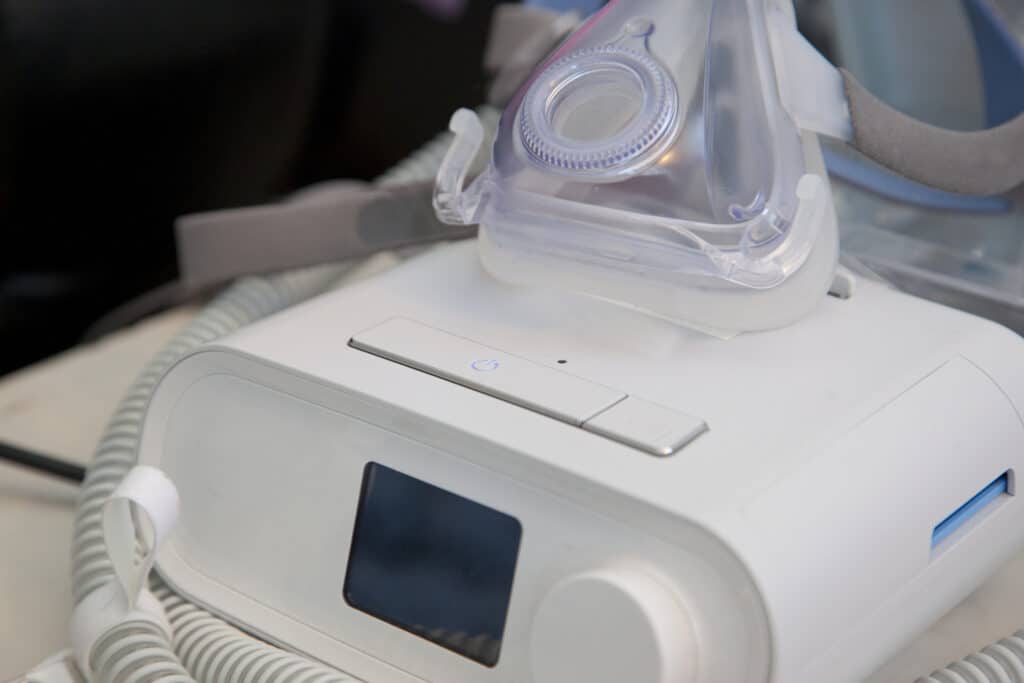 Millions of people suffer from sleep apnea, a sleep disorder in which breathing becomes inhibited several times throughout a given period of sleep.[1] Those who suffer from sleep apnea often turn to CPAP machines for relief. Despite their success at relieving the symptoms of sleep apnea, there has recently been a massive recall of approximately 3.5 million CPAP machines,[2] mainly those produced by manufacturer Philips. This recall was initiated after a defect in Philips’ CPAP machines was found to lead to an increase in the risk of cancer, heart attacks, and respiratory issues.[3]

Philips recalled a massive amount of their CPAP machines due to a malfunction with the sound-absorbing foam placed near the nose piece of the machine. Over time, this foam begins to degrade, causing the user to inhale foam particles. This foam contains polyester-based polyurethane, a material that, under the right conditions, can be cancer-causing.[4] The ongoing litigation against Philips alleges that this malfunction has led to an increase in cancer risk, respiratory issues, heart attack, etc.

The lawsuits currently leveled against manufacturers of defective CPAP machines involve thousands of plaintiffs and vary in the cause of action, from negligence to breach of express warranty. These claims will likely be consolidated in what is known as a multi-district litigation process.[5]

What can the user of a defective CPAP machine do?

If you or a loved one uses or has used a CPAP machine and experienced any of the following symptoms without any alternate explanation, scheduling an appointment with a physician may be necessary. Your doctor will do a thorough examination and determine any causal factors contributing to the occurrence of these symptoms. If it is determined that you have been harmed with no other alternative explanation, scheduling a consultation with an attorney may also be necessary.

Many of the lawsuits allege that plaintiffs have suffered the following symptoms:

A successful lawsuit against these manufacturers may yield damages to be paid to the plaintiff. These damages can cover medical expenses incurred due to conditions arising out of the use of a defective CPAP machine, lost wages due to sick leave, or even punitive damages crafted to dissuade a manufacturer’s negligence in their design. In addition, many of those who were potentially harmed by these defective products still need a CPAP machine to treat their sleep apnea. Despite this necessity, the company did not announce an immediate alternative that could be used while users await repair kits to fix their existing machines.[6] Successful plaintiffs may be able to recoup the losses incurred from paying for a new machine needed to treat their apnea.

The recent recall of several models of CPAP machines has left millions of sleep apnea sufferers scrambling to find an alternative. Dena Young, an attorney representing several plaintiffs in the ongoing litigation, was quoted on the recall: “To recall a product that people rely on to live without a replacement device provided, is completely reckless.”[7]