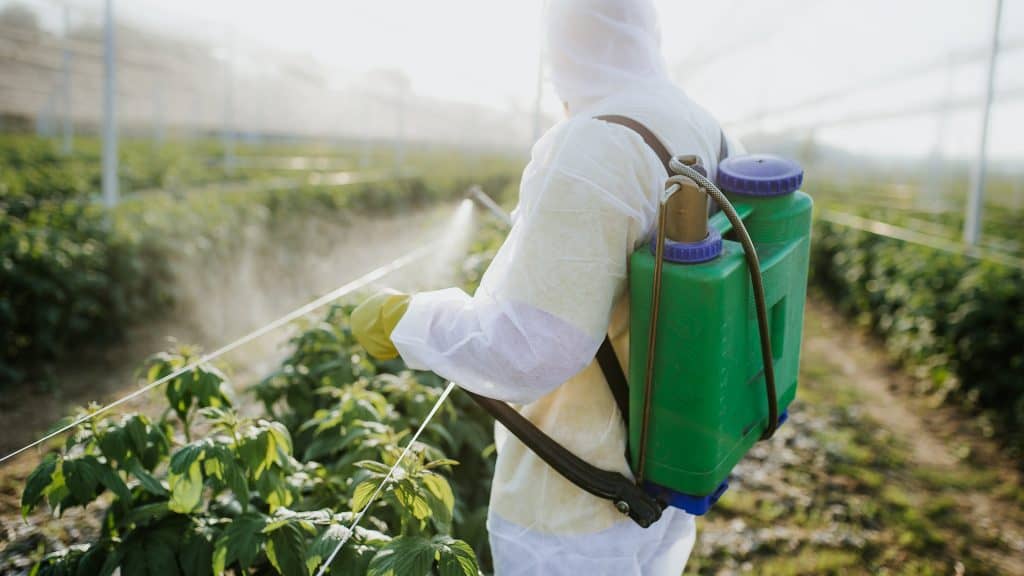 Dicamba is an herbicide used for post-emergent control of broadleaf weeds (dandelions, chickweed, clover, ground ivy, etc.) in corn, soybeans, and other crops. Dicamba is also used in residential areas and golf courses. Although dicamba was first registered in 1967, the Environmental Protection Agency (EPA) did not approve its formulation until 2016. It was reformulated for use after a surge in Round-Up use led to widespread weed resistance to glyphosate-based herbicides.[1] Dicamba is a highly volatile chemical that can drift far from where it was applied and cause serious damage to non-target plants.

According to the National Pesticide Information Center, more than 1,000 US products include dicamba.[2] Since 2016, complaints about dicamba drift damage have significantly increased in several farming states. It has reportedly damaged nearly 5 million acres of crops, but that number is likely conservative due to under-reporting among farmers.[3]

If you are a commercial farmer or landowner who has suffered crop losses due to dicamba drift, contact Counsel Hound for a no-cost consultation and case evaluation.

A report by the University of Minnesota lists the following as signs of dicamba damage:[4]

Dicamba has already damaged millions of acres of crops, including soybeans, tomatoes, rice, cotton, etc. Modern Farmer expects farmers impacted by dicamba may lose up to 30% of their annual crop yield. There are penalties for farmers who misuse dicamba, but the fines are relatively light and do not compare to the damage done by dicamba misuse. Many farmers are seeking compensation and justice for the financial harm they have suffered. The lawsuits are aimed at dicamba manufacturers such as Monsanto, DuPont, and BASFA for alleged negligence.

Contact Counsel Hound for a no-cost consultation and case evaluation if you are a commercial farmer or landowner who has suffered crop losses due to dicamba from 2015-2017.