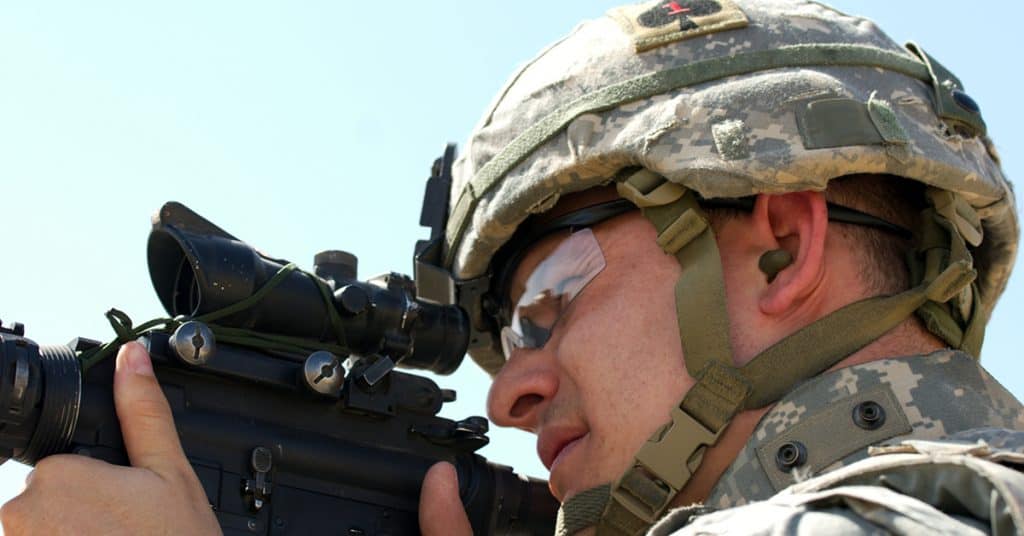 3M’s Combat Arms Earplugs™ allegedly has a dangerous design defect and does not maintain a tight seal. This defect exposed millions of service members to hazardous sound levels. Improper ear protection can lead to tinnitus and complete or partial hearing loss.

The Department of Defense brought allegations against 3M for selling dangerous and defective Combat Arms Earplugs™, and 3M paid $9.1 million to resolve the claim in 2018. However, service members who suffered the faulty earplugs’ devastating effects first-hand were not compensated. Additionally, 3M was not required to admit the earplugs were defective or that it knowingly failed to disclose the defect.[1]

If you or someone you know were issued the defective 3M Combat Earplugs™ and have been diagnosed or are suffering from hearing loss and/or tinnitus, you may qualify for financial compensation. Overseas service is not required to be eligible. Contact Counsel Hound today for a no-cost consultation and case evaluation.

The following represents wars and foreign conflicts between 2003 and the present where service members were issued the Combat Arms Earplugs™:

Hearing damage can leave you with physical, emotional, and financial hardships. Our Counsel Hound lawyers will work to maximize your settlement or award. Types of compensation you may be eligible for include economic and non-economic damages.

Some damages cannot be proven with lost wages, property damages, etc., and you and your loved ones may face emotional suffering as a result of the hearing damage. Our lawyers will work to include compensation for your suffering in the settlement or award.

Why File a Lawsuit?

Filing a lawsuit/claim can help:

3M has already undergone three bellwether trials and is facing 240,000 claims. The first trial resulted in a $7.1 million verdict. 3M was found 67% liable during the second trial and was cleared of liability in the third trial.[3]

In late July, U.S. District Judge John Tunheim rejected 3M’s argument that its status as a U.S. military contractor allowed it to move the case to federal court. Judge Tunheim believed he did not have jurisdiction over the eight cases and that 3M failed to establish federal jurisdiction. As a result, the 3M trials are allowed to continue in state court.[4]

3M was found liable by a federal jury in Pensacola, FL on October 1, 2021, and 3M was required to pay $8.2 million in damages to compensate a 35-year-old U.S. Army veteran for his hearing loss. This was the fourth bellwether trial designed to test the strength of plaintiffs’ claims. The next trial is scheduled for October 18.[5]

A federal jury in Tallahassee awarded Theodore Finley, a combat veteran, $22.5 million in the eighth 3M earplug bellwether trial. Finley used 3M earplugs while serving from 2006 to 2014, and he alleged that the earplugs caused him to experience hearing loss and tinnitus. 3M called the verdict disappointing but remained confident that the Combat Arms Earplugs Version 2 was safe and effective.[6]

Can I qualify even if I did not serve overseas?

Yes, you may still qualify. Contact Counsel Hound to discuss your eligibility during a no-cost consultation and case evaluation.